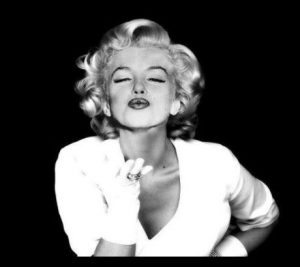 The US Dollar looks to have kissed the underside of key resistance and is starting to fall. Is this a “Kiss Good-Bye” for King Dollar? Below looks at the US Dollar over the past two years. 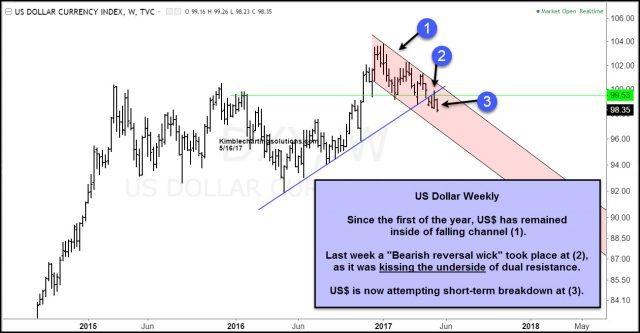 King$ remains in a short-term falling channel, shaded in pink. Last week it kissed the underside of potential dual resistance at (2), creating a reversal pattern (bearish wick) at (2). So far this week, US$ remains a little soft and is attempting to break last weeks low at (3). Weakness here could suggest that King$ just kissed the underside of an important resistance level, which could lead to further US$ selling pressure.

Below looks at King$ over the past 25-years-

King$ hit 20-year resistance 5-months ago at (1) and has been falling in price. King$ looks to have kissed the underside of dual resistance last week and it is attempting to break rising support at (2). A break of support at (2), could cause concerns for those long and selling pressure could come forward and put a big dent in multi-year King$ rally!