Coffee; Been cold of late, about to heat up? 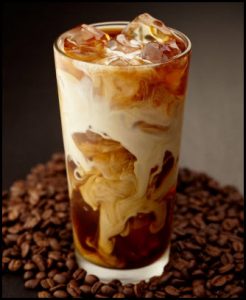 Coffee has been anything but hot of late! Actually it has been pretty cold performance wise, as it has declined over 25% the past few months. Could this large decline become an opportunity? Could be, due to the pattern below. 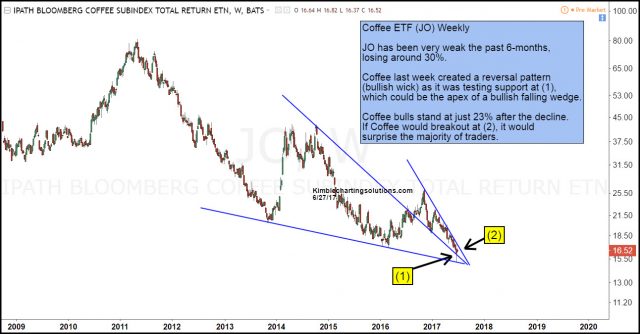 The large decline in Coffee futures this year has impacted Coffee ETF (JO), as it to has fallen hard so far this year. The large decline saw it test dual support last week, where it could have created a reversal pattern (bullish wick) at (1).

The trend remains down for sure. If JO would happen to breakout above falling resistance at (2), it would attract buyers, as bullish sentiment for Coffee stands at just 23%. Coffee traders have also established a crowded trade, making a huge bet that Coffee will head lower. Historically, when traders established this position in Coffee, it was closer to a low than a high.