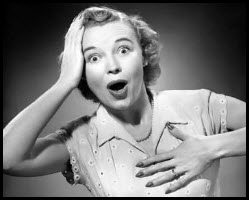 One year ago this month, investors were in love with bond (90% bulls) and the majority was convinced that the Fed would not raise rates. Boy did this crowded trade treat bond bulls poorly, as rates started blasting off to the upside and bonds the very opposite.

Turn the table forward a year later and as of today, nearly 90% of investors are sure the Fed will raise rates… today. Below looks at bond ETF TLT and updates the patterns it has been creating the past few months.

Last summer when bond bulls were easy to find, TLT was hitting the top of the 12-year rising channel and momentum was very lofty. Mr. Market put it to the bond bulls, as TLT dropped from 145 to the 115 level in a matter of months.

This decline took TLT down to rising support at (1) and took momentum down with it. While testing rising support, TLT could be forming an inverse head & shoulders pattern. The rally in TLT of late has it working on a breakout of the potential bullish pattern and momentum is turning up and creating a series of lower highs. This price action is taking place at the same time people are very comfortable with the idea the interest rates are heading higher (Fed raising rates).

If you would like Power of the Pattern analysis on bonds weekly, we would be honored if you were a Premium or Global Dashboards member, as we update both of these groups on bond patterns each week.