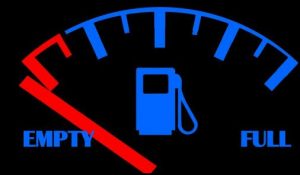 Emerging Markets ETF (EEM) has received a good deal of positive press for its performance off the 2016 lows. No doubt it has done well, as its is up around 50% off the lows of last year, while the S&P is up nearly 30%. This 18-month rally has caused many to tout how well Emerging markets are doing. For sure it has been a better place to be if one was spot on and bought the lows last year. 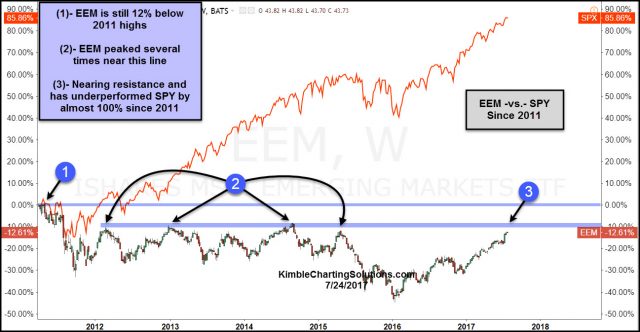 Will EEM “Run out of Gas” again at this key resistance zone or will it be different this time at (3)? What EEM does at this heavy resistance zone, could send an important message to world markets and the S&P 500!