Emerging Markets about to Submerge? 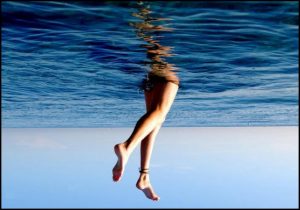 Emerging Markets (EEM) has done well this year, gaining over twice as much as the S&P 500 (17% -vs- 7%). These gains have Emerging markets facing resistance dating back to the highs in 2008 and a couple of other important resistance lines in the chart below. 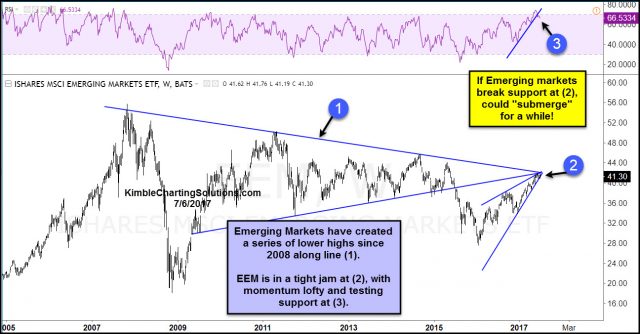 If support would give way at (2), selling pressure could pick up speed, leaving room for Emerging markets to “submerge!” Important price point at (2) for this key market. The tight jam EEM finds itself at right now, could create a good deal of movement, when it resolves this narrowing pattern!

Bulls so much need EEM here to breakout to the upside!