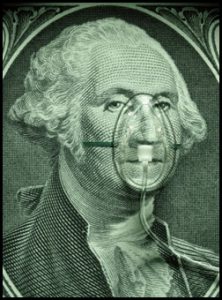 King Dollar over the past 30-weeks has experienced a sizable decline, that hasn’t a ton of times over the past 25-years, see below- 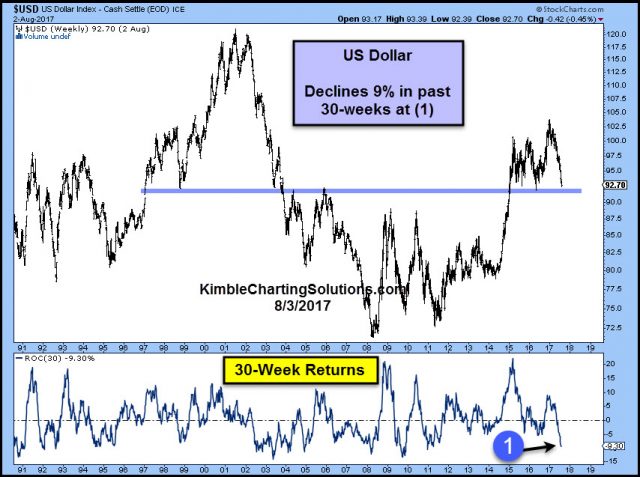 The large decline in King Dollar has taken it down to what could be an important price point and it has impacted sentiment a good deal as well.

King Dollar hit triple resistance at (1) as momentum became overbought and investors become very confident that it was going to head higher (80% Bulls).

The decline over the past 30-weeks, has King Dollar testing triple support at (2), as momentum has become oversold and it’s hard to find US$ bulls (29% Bulls).

The Power of the Pattern is of the opinion this is a very important support test for King Dollar. What it does at (2), should have a big impact on portfolio construction going forward, especially in the metals and commodities space.