Historically stocks tend to “Start” to get soft this time of year. Below looks at the average performance of the S&P 500 during the month of August over the past 10 & 20-years. 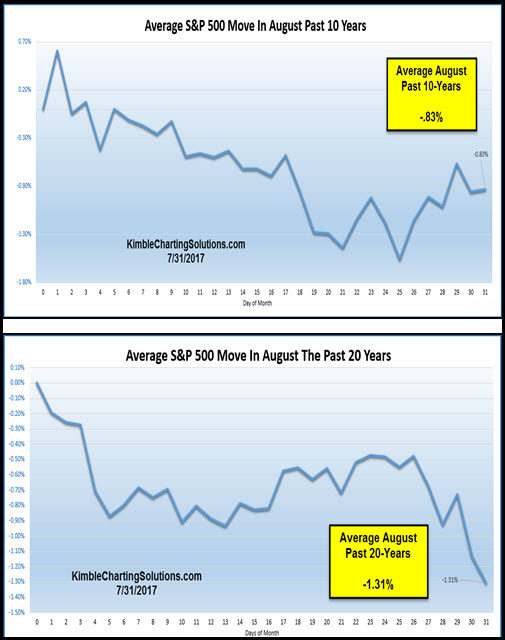 The typical decline in August is “nothing” dramatic for sure, as a 1% decline is nothing to get too concerned about. Below looks at where a few key indices (S&P, Banks, Small Caps and Transports) find themselves at this time.

As mentioned above each index remains in an uptrend and is above its 200-day moving average. Despite August and September historically being soft, so far August is on course, as a little softness has taken place.

The Power of the Pattern does want to share this observation- Each index finds itself at a price point at each (1), where bulls really don’t want to see selling pressure get started, this time of year.