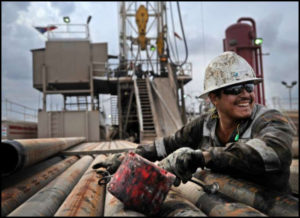 Oil Drillers have had little to smile about over the past years. Could this trend be about to end? A pattern is in play that highlights a counter trend rally could be near. 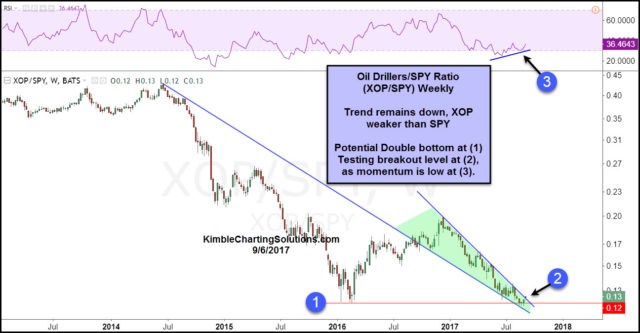 Below looks at ETF XOP– 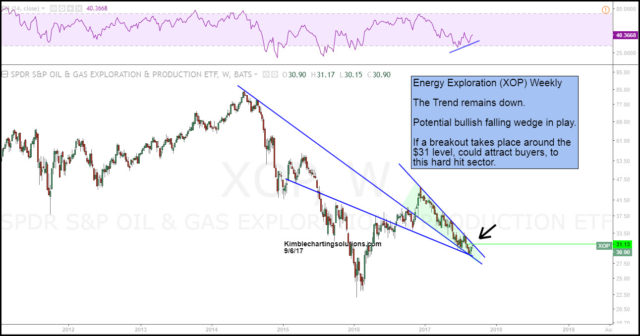 Drillers have had little to smile or brag about since 2014 highs, as XOP has declined nearly 65%. If XOP can breakout above resistance of the falling wedge pattern, it could become attractive to the bulls and create a counter trend rally.

If XOP breaks below support of the falling wedge would suggest that the down trend remains in play. We like the looks of this pattern on a risk/reward basis.