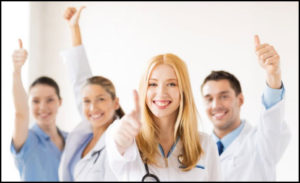 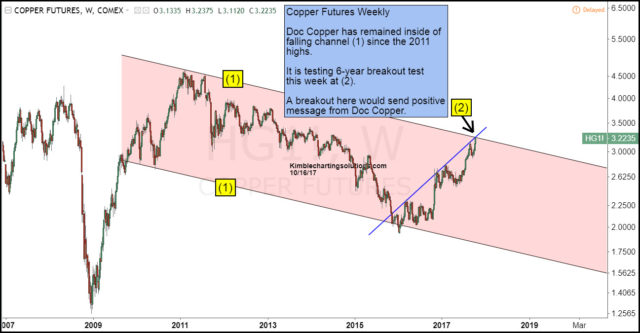 Doc Copper has created a series of lower highs inside of falling channel (1) since the highs back in 2011. The rally by Copper since 2016, now has it testing the top of its 6-year falling channel at (2).

If Doc Copper breaks out at (2), it would send a positive message for Copper and could well attract new buyers on the breakout.

If Doc Copper would breakout, these assets could benefit, JJC, FCX, XLB & IYM.