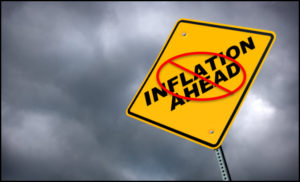 Seems like its easy to hear concerns that inflation is back and that interest rates have to rise. Below looks at the Inflation Indicator (TIP/TLT) and how it is experiencing a key test of resistance at this time. 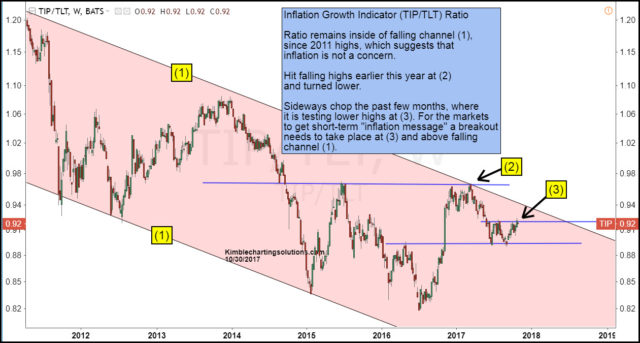 The ratio is now testing the top of its short-term trading range at (3), where a key resistance test is in play. If resistance would hold at (3), it would suggest another short-term peak in inflation is taking place and it could send a short-term positive message to government bonds, that have been hit hard of late.

For inflation to become an issue, it needs to break out of resistance at (3) and break above falling channel (2).