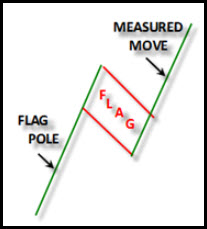 Assets in rising trends often create what is called a “Bullish Flag” pattern. Below looks at the price pattern of Regional Banks ETF (KRE) over the past decade and highlights that a bull flag pattern could be in play. 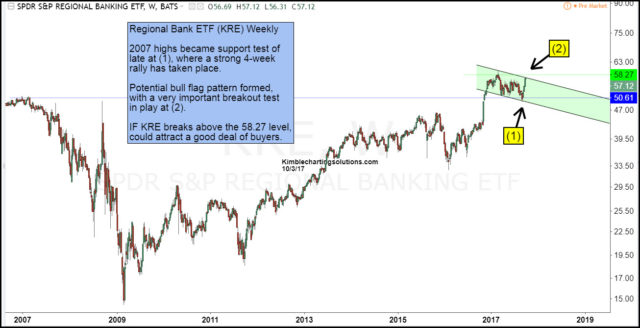 KRE short-term rally of late finds it testing falling resistance at (2), which could be the top of a bull flag pattern.

If KRE breaks out at (2) and climbs above old highs at the $58 zone, it could attract buyers on a breakout. Am important breakout test is in play for KRE this week at (2). Bank Index (BKX) is testing an important breakout level as well. What KRE and BKX does in the next couple of weeks, could be very impactful for the banking industry and broad market overall.