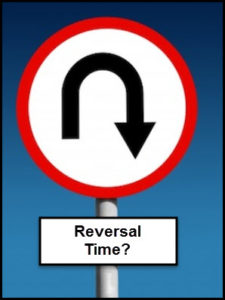 How Europe and France’s stock markets perform can have a huge influence on stocks in the states. The first two charts below look at the FTSE 100 from London and the CAC 40 from France.

The FTSE Index trend remains up and no single day action will change that. What does get our attention from a Power of the Pattern perspective is that this key index is testing the underside of a 10-year rising channel at (1).

Below looks at the CAC 40 from France-

Just like the FTSE 100, the CAC 40 trend remains up. Another similar chart pattern can be found here, as the index is testing the underside of a multi-year rising channel in the chart above.

Below looks at the Dow over the past 20-years-

The trend in the Dow also remains up! The rally over the past few years has the Dow testing the underside of two long-term channels at (3), as momentum is the highest since the late 1990’s at (4).