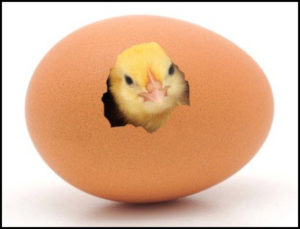 Emerging Markets ETF (EEM) has done very well over the past year, gaining over 30%. The gain is nearly 50% more than the S&P 500 during the same time period. Impressive gain and impressive relative strength compared to the S&P 500!

An important bull market test looks to be at hand for EEM this week, see chart below- 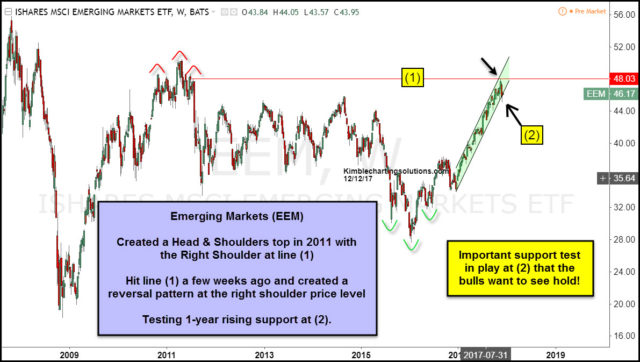 In 2011, EEM looks to have created a head and shoulders top, with the “right shoulder” taking place at line (1). EEM declined for the next 5-years after creating this topping pattern, falling over 40% during that time frame.

In 2015/2016, EEM looks to have created an inverse head and shoulders pattern, where a strong rally over the past 18-months has taken place off the lows. The rally took EEM back to test line (1), which was the right shoulder back in 2011. While hitting line (1) a reversal pattern (bearish wick) took place. Since hitting line (1), EEM has declined a small percent, where it finds itself testing 1-year rising channel support at (2).

The trend in EEM remains up and the small decline of late has NOT changed that trend. EEM bulls want/need to see support hold at (2). If it fails to hold, some selling pressure could take place.