Emerging Markets about to “Sub-Merge?” 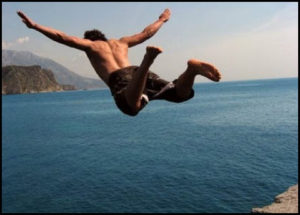 Year to date, Emerging markets (EEM) have lived up to their name, as they have emerged to gain much more than the S&P 500. Of late, EEM was up nearly twice that of the S&P 500 this year. (See YTD performance below)- 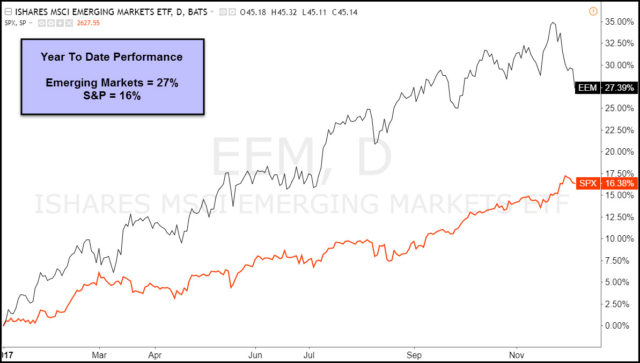 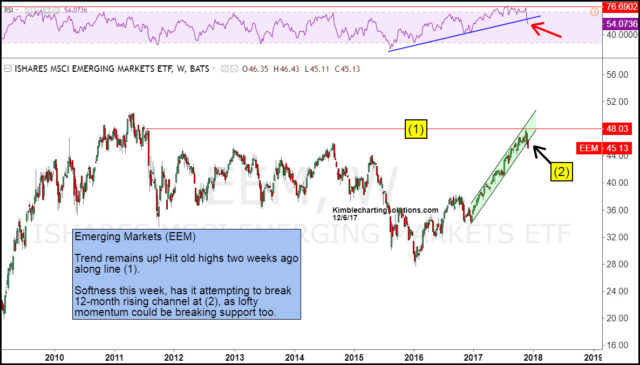 The strong 12-month rally in EEM saw it hit 2011 lower highs along line (1) three weeks ago as momentum was hitting the highest levels since the 2007 highs. The softness over the past couple of weeks has EEM attempting to break rising support at (2), while momentum is attempting to the do the same.

EEM has been in a leadership role the past two years. What it does at (2) could send an important message about Emerging markets and other global markets around the world.

Emerging markets about to “Sub-merge?”  Two weeks soft action does NOT prove a trend change has taken place. Further weakness at (2), could bring on more selling, so keep a close eye on what EEM does the next couple of weeks.