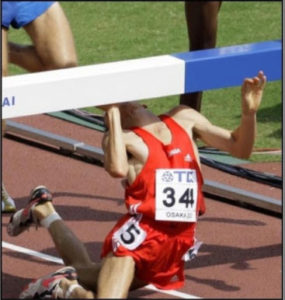 Ole Doc Copper has had a rough go of it when looking back over the past 7-years, as it peaked in 2011.

Ole Doc Copper has experienced nice gains over the past two years, as a strong counter-trend rally has taken place.

Below looks at Copper Futures over the past 7-years- 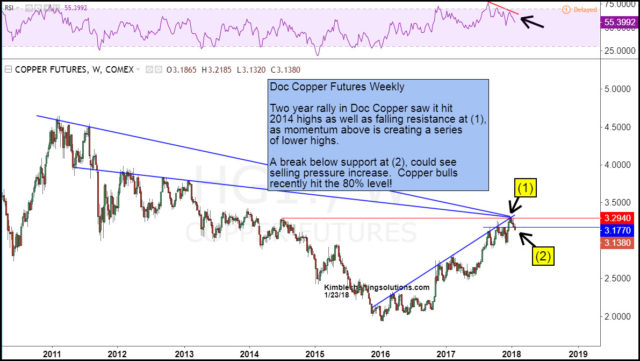 The 2-year counter-trend rally took Doc Copper back up to its 2014 highs a month ago, as momentum was hitting levels not seen since the 2011 highs.

As Copper was hitting 2014 highs, it also came into contact with two falling resistance lines at (1). Since doing so, Copper has created a series of bearish reversal patterns (bearish wicks) just under resistance. At the same time, lofty momentum has been creating a series of lower highs.

Copper bulls have been easy to find of late, as bullish sentiment hit the 80% level. This level was last seen at the highs back in 2011. If support would give way at (2), Ole Doc Copper could see selling pressure start to take place.

As Copper has been moving higher the past couple of years, interest rates have done the same. If Doc Copper would turn weak, would interest rates follow and head lower? In my humble opinion, what Doc Copper does at (2), will be important to Copper and what interest rates do in the intermediate term!