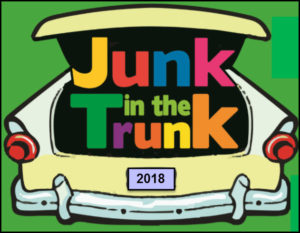 Stock bulls historically like to see Junk Bonds moving higher and get concerned when they are weak. Some view Junk bonds as a leading indicator to where stocks are headed. Some get concerned for stocks when junk bonds reflect a negative divergence to stocks and get aggressive in stocks when a bullish divergence in junk to stocks takes place.

Below compares Pimco Junk Bond Fund (PHDAX) to the S&P 500 over the past 20-years. I like to monitor this fund as it has as much longer track record than Junk bond ETF’s JNK & HYG. 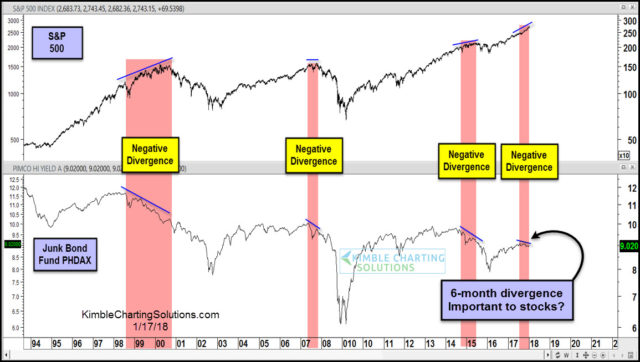 Next month I am celebrating my 38th year in the business. Junk Bonds first became important to me in the late 1990’s, as they started diverging against the S&P 500 in late 1998. They became a great leading indicator of the weakness that was in stocks future.

The chart above looks at a couple of other times that “negative divergences” took place, as PHDAX was creating lower highs, while the S&P 500 was creating higher highs.

If junk would continue to diverge and the NYSE Advance/Decline line would also diverge, which it isn’t at this time, then I would be concerned that Junk is sending an important message to stock bulls.