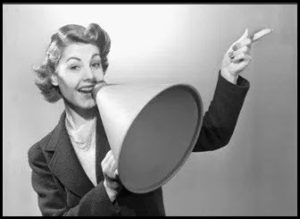 In June of 2016 the Power of the Pattern shared the chart below, reflecting that the Dow was using old mega phone resistance as new support. The purpose of the blog post was to show this pattern and relay it was sending a long-term bullish message to stocks. The chart is below, see original POST HERE

The chart was produced when the Dow was trading at 17,900. Over the next 18-months the Dow rose nearly 50%! A nice push off of the top of the megaphone support line!

The Dow rose nearly 50% following the support test at (2) back in 2016. The rally off the top of the megaphone pattern now has the Dow testing the top of multi-decade rising support channel at (3). Long-term buy & hold/passive investors we feel should be aware of that the Dow hit the top of this rising channel back in 2000. Buy & holders/passive investors should also be aware that this multi-decade rising channel and the bottom of the megaphone became support back in 2009.

No doubt the trend in the Dow remains up and the 10% decline in the Dow in a couple of weeks has not broken the trend.

The Power of the Pattern is of the opinion that this is not your typical test of resistance at (3). This is a price point where long-term bulls need to pay extra attention should selling pressure ramp up!