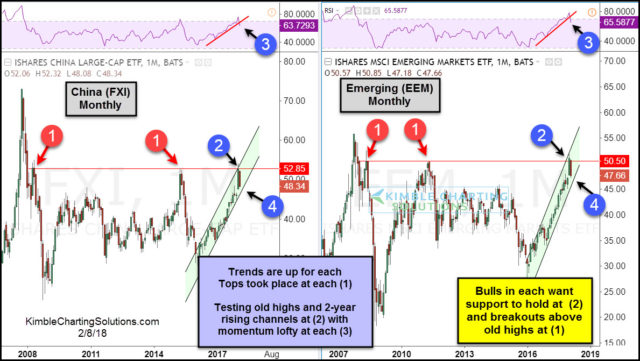 EEM & FXI have both done extremely well since the lows of 2016. Both have out performed the broad markets in the states by nearly 50% since the lows in 2016.

Bulls in Emerging markets, China in the states want support to hold at each (4) and breakouts take place above old highs at each (1).