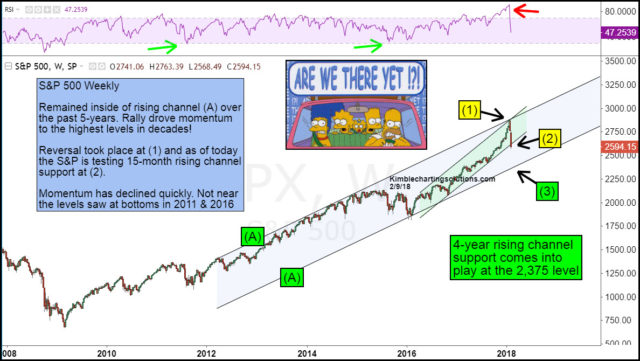 Is the bottom in play? Time to buy the S&P 500 after a 10% decline? Important short-term test seems to be in play today!

The S&P 500 remains inside of rising channel (A) over the past 6-years. It hit the top of the channel a couple of weeks ago at (1), as momentum was the highest in decades.

The natural backing off from lofty momentum now has the S&P testing 2-year rising support at (2). The 10% decline over a couple of weeks has rarely happened in the past 100-years. Even though the decline has been big and surprised several people, momentum is yet to reach levels where the S&P 500 bottomed in 2011 and 2016.