Are Stocks Falling Into A Deep Market Freeze Here? 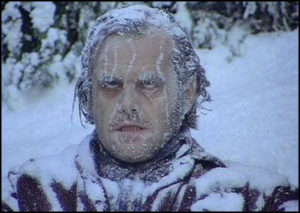 Back in December, before any market weakness started, we were featured in a CBS MarketWatch article entitled “A Dow Crash?  Another 25% Jump?  No,  Here’s The Case For A Market Freeze In 2018.“

At that time, our research showed that the Dow Jones Industrial Average was fast approaching “major” dual resistance at the top of a 70 year resistance channel and it’s 261% Fibonacci extension level. This key level was based upon the the 2007 highs and the 2009 lows, which were two of the most emotional turning points in the past 11-years.

Fast forward to today, and it’s pretty clear that the Dow Industrials are struggling to break through this resistance level. And the stock market has stalled out.

The past several days have been extremely volatile, with the Dow Jones Industrial Average falling over 1000 points in 2 of the past 5 trading sessions.

The “monthly” chart below is an updated version of the chart featured in the CBS MarketWatch article. Note that market momentum is near its highest levels ever… comparable to 1929, 1987, 2000, and 2007.

This post was originally written for See It Markets.com.

To see the rest of the article and where momentum and the Dow stands after last weeks large declines, CLICK HERE.