Is The Nasdaq Market Ride Over? Watch Those Divergences!

The latest leg higher in the bull market (off the 2016 lows) has been lead by the Technology sector and Nasdaq Composite.

FANG stocks (Facebook, Amazon, Netflix, Google) have given the Nasdaq an extra burst of momentum, helping to create a self-fulfilling ride higher… but that’s also given rise to the everyday investor idea that the ride will last forever.

Back in February, several stock market indices hit long-term resistance at the same time. This created a short-term market top and gave life to the February stock market correction.

After the correction, the major stock indices recovered. And the Nasdaq has made marginal new highs. So what’s the concern? 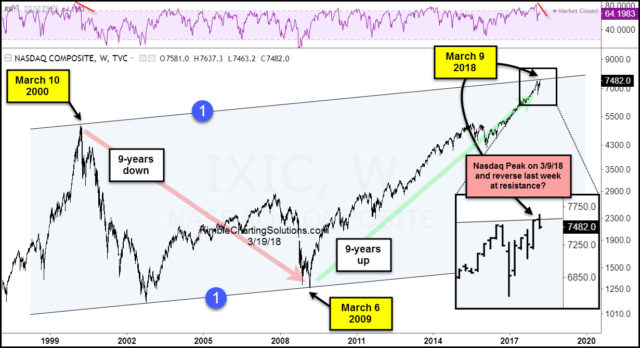 This post was originally written for See It Markets.com. To see rest of article and how inflows into tech were the 3rd highest on record CLICK HERE