S&P 500-Bounce is due as sentiment hits extremes 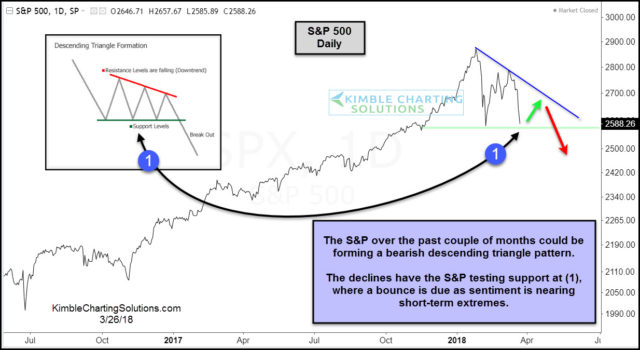 While the Dow and S&P are both testing support at the same time, the  CNN Fear/Greed indicator is now at short-term extremes (excess fear).

The combo of the Dow and S&P testing support and sentiment at extremes suggests that a bounce is due!

Falling resistance for the S&P comes into play around the 2,700 level (around 4-5% above current prices).  Bulls want to see a bounce take place and this resistance line broken to the upside, so it can negate the bearish pattern.