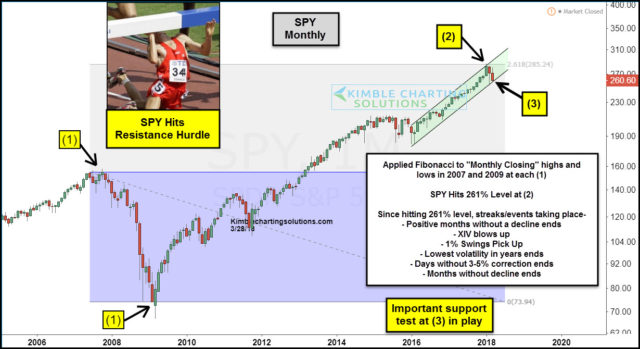 The Power of the Pattern believes that two of the most important emotional highs and lows over the past 11-years are the highs in 2007 and the lows in 2009.

Even though many streaks have ended and the overall character of the SPY has changed since hitting the 261% level, it still remains inside of a 2-year rising channel. SPY bulls would get a very concerning message if support would break at (3)!