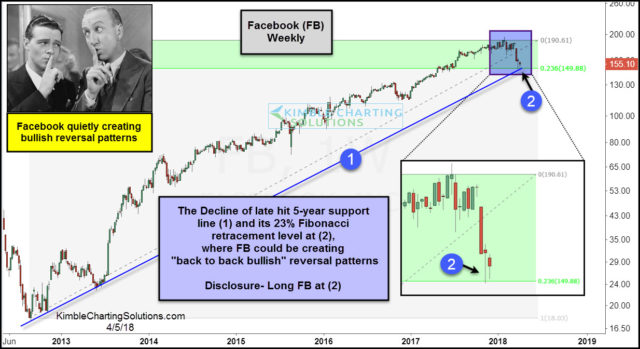 Facebook has been in the news of late, unfortunately for the bulls, its been mostly negative. Could this situation be creating an opportunity? The Power of the Patterns believes it has.

Facebook has experienced one of its sharper declines in its short history, since the highs in January. The decline brought it down to rising support line (1) and its 23% Fibonacci retracement level of the 2012 lows/2018 highs at (2).

Full Disclosure- Members bought FB as it was testing dual support at (2) and placed a stop, just below the dual support in case it doesn’t hold.