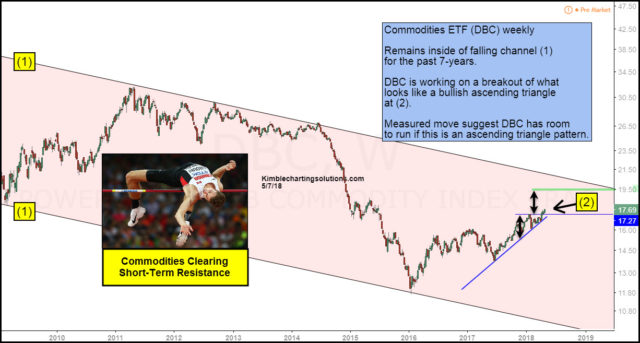 The above chart looks at Commodity ETF DBC on a weekly basis over the past 8-years.

Over the past few months, DBC has created a series of higher lows and flat highs, creating a potential bullish ascending triangle. DBC is clearing the top of this pattern at (2), which sends a positive message.

If a breakout continues, the measured move suggest DBC could rally around 10% to at least the $19.50 level.