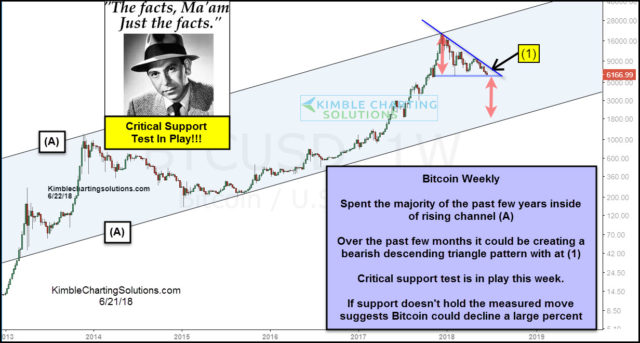 This chart looks at Bitcoin over the past 5-years. The long-term trend remains up as it has spent the majority of the time inside of rising channel (A) since 2013.

The rally in Bitcoin saw it hit the top of the channel 7 months ago and since then it has created a series of lower highs. While creating the lower highs a series of flat bottoms have come into play, forming what could be a bearish descending triangle pattern.

At this time, Bitcoin is testing support and support is support until broken.