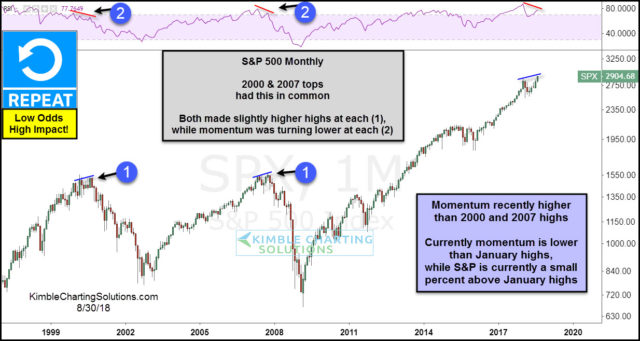 Of late the S&P is hitting new highs, while monthly which was recently higher than the 2000 & 2007 peaks has been turning lower.

Impact if it would be topping again? High

Bulls might want to keep a close eye on what the S&P does in the next few weeks due to momentum turning lower!