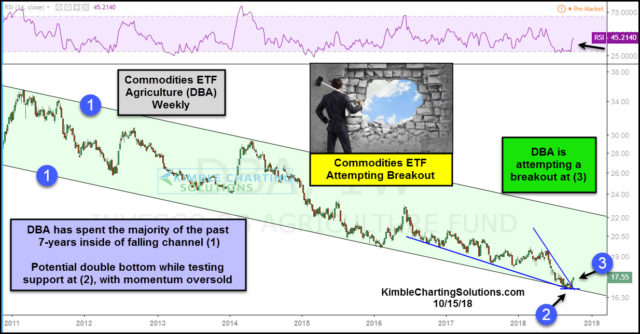 Its been a rough 7-years for Agriculture ETF (DBA) as it has created a series of lower highs and lower lows while declining 50% inside of falling channel (1).

The decline this year has it testing channel support of late, where a double bottom might be in play at (2).

The rally of the past couple of weeks has DBA attempting a breakout above falling resistance at (3), while momentum is very low and could be attempting to turn higher.

Important breakout tests are in play for hard-hit Commodities ETF’s DBA and DBC!