It hits its 261% extension level of the 2007 highs and 2009 lows in late September and it then proceeds to fall nearly 18% in the last 3-months of the year. Following this large decline, the S&P closes the first month of the year with a very impressive rally, gaining around 9%.

Could all of this back and forth action be creating a topping pattern highlighted above? Possible

What clues might we look for in determining if a topping process is in the making? One clue should come from the bond market! 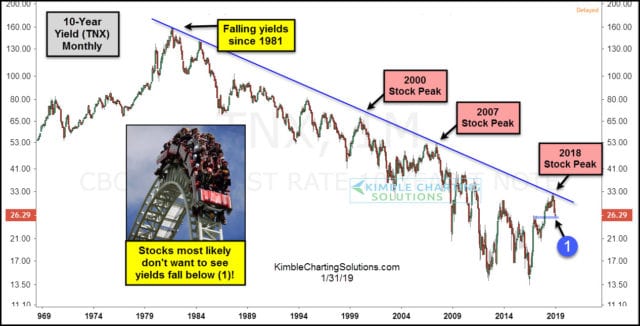 Yields are now testing an important support point at (1).

Joe Friday Just The Facts Ma’am-What yield do at (1) should go a long way to determining if the S&P is making an important topping pattern!