Financials About To Let Down The Bull Market Again? 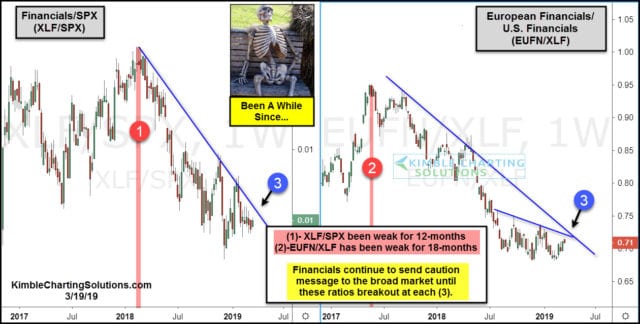 If the saying So Goes The Banks, So Goes The Broad Market is true, what message are we receiving when financials have lagged the broad market for over a year?

This 2-pack looks at the XLF/SPX and EUFN/XLF ratios over the past couple of years.

As the S&P, NDX, and Dow are near breakout tests of last years all-time highs, what these ratios do at each (3) will most likely send an important message to stocks in the states and Europe.