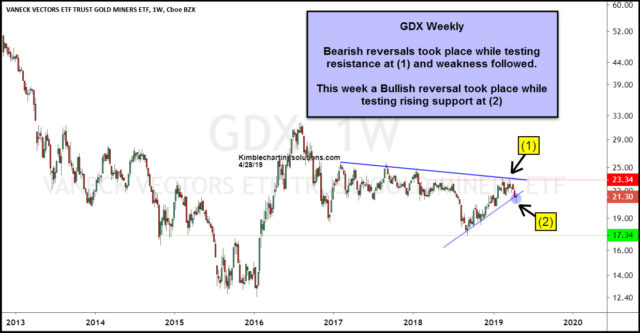 The decline of late now has GDX testing rising support, where GDX created a bullish reversal pattern (Bullish wick) to close out the past week at (2).

Several bullish reversal patterns have taken place over the past 9-months along this rising support line.

What is the desired price action of miners bulls the next week or two? A rally off rising support at (2), taking it back to restest old highs at (1).

If upside action does not take place and 9-month support is broken at (2), look for GDX to start moving towards trading range support at the $17.34 level.

What GDX does the next week should send a very important message from the mining sector.