Junk Bonds Starting To Rollover? A Concern For Stocks? 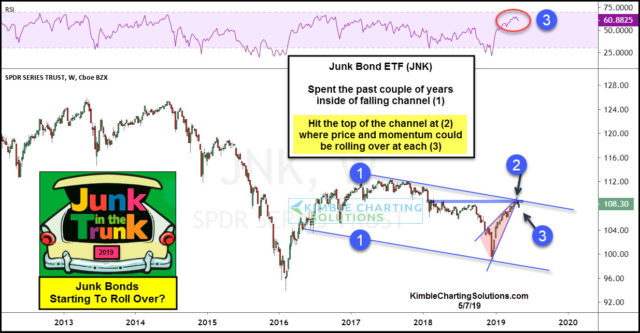 Are junk bonds about to send stocks a concerning message to stocks? They might be worth watching very closely for hints right now!

While testing dual resistance it looks like the apex of rising wedge pattern was in play, as resistance was being tested.

At this time the S&P and Dow are currently testing last years highs. They would prefer that Junk bonds break out at (2), not rolling over at (3). Keep a close eye on JNK the next few weeks as it could send an important message to stocks!