Gold Miners (GDX) About To Cut Loose To The Upside? 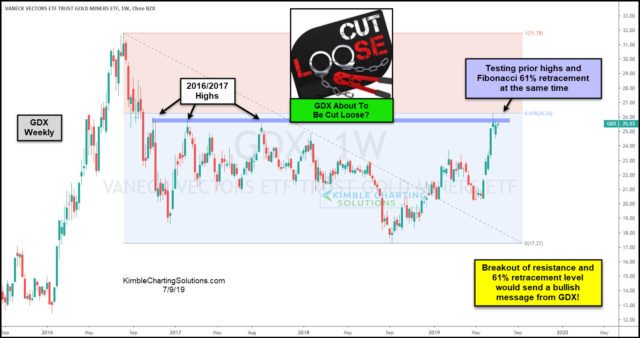 Are Gold Miners about to “Cut Loose” to the upside? A key breakout test is in play, that will go a long way in determining this important question.

If GDX can breakout above this dual resistance zone (Old highs and Fib level), look for it to attract buyers and push a good percent higher.

GDX is currently facing one of its most important breakout tests in the past 3-years! GDX bulls would receive very positive news if it succeeds in breaking out here!