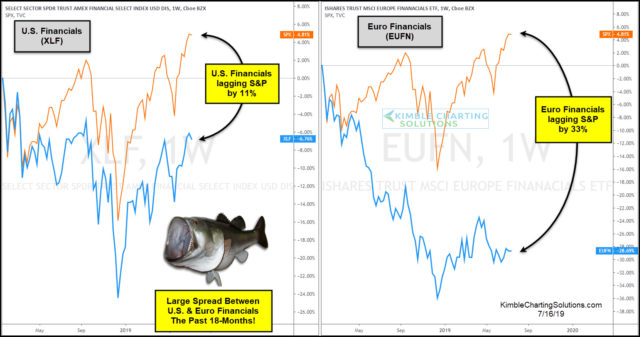 Historically its been positive to see Financials doing well at the same time the broad market is pushing higher! If financial stocks are lagging bit time, should stock bulls be concerned?

History would suggest that these spreads will narrow in the near future. Stock bulls hope that banks play a game of “upside catch-up!” If the do, they will send a very positive message to the broad markets.

Stock bulls hope this doesn’t happen; The S&P plays a game of “downside catch-up” with the banks!

Keep a close eye these large spreads going forward, as they will most likely send an important message to the broad markets!