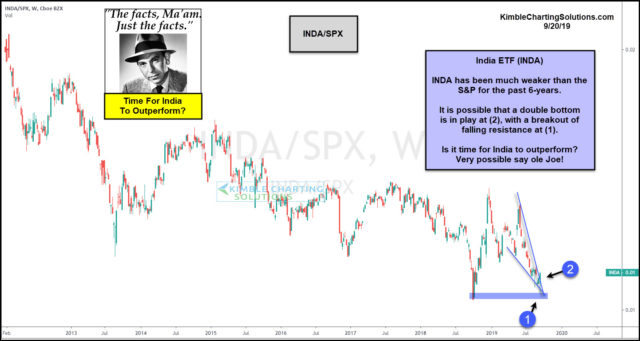 Are things about to improve for the INDA ETF and could it be time for the relative weakness to change? Possible!

This chart looks at the INDA/SPX ratio since early 2012. The ratio continues to be in a major downtrend.

The ratio hit a 7-year low a few months ago and this week it kissed those lows again at (1). The ratio near weeks end is attempting to create a bullish reversal pattern and a breakout at (2).

Joe Friday Just The Facts Ma’am; The INDA/SPX ratio is attempting a breakout. It is possible that INDA is about to reflect some relative strength against the S&P 500!