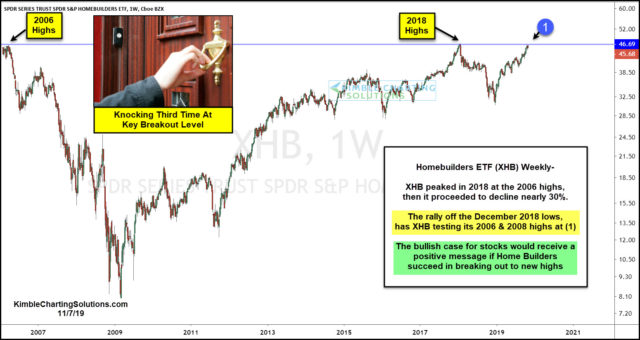 Is a very important sector of the U.S. economy about to experience a 13-year breakout? Possible!

This chart looks at Homebuilders ETF (XHB) over the past 13-years.

XHB peaked in 2016, almost a year before the broad market started feeling the impact of the upcoming financial crisis.

Will XHB breakout or peak again at prior highs? What it does at (2), should send an important message to the broad market!