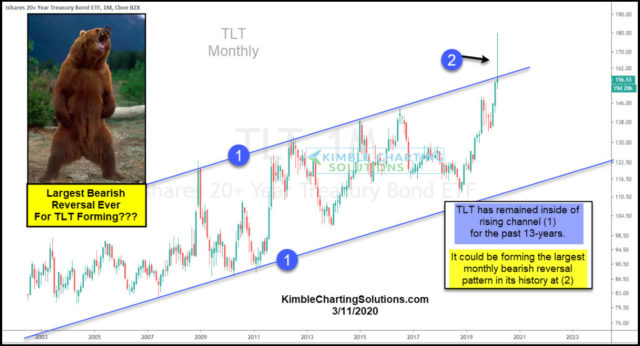 The financial markets are panicking and it’s producing some huge swings across asset classes. One asset that may be producing a monster reversal is treasury bonds (TLT).

The flight to safe havens produced a sharp rise in the 20+ Year US Treasury Bond ETF (TLT). But that thrust higher was met with heavy selling the first 3 days of this week.

You can see this in the first chart below – a “monthly” chart the $TLT.

Thus far, the “monthly” candlestick has produced a monster bearish reversal wick. We have a ways to go until month-end, but if this reversal holds, it could be the largest ever.

And that would be very bearish for bonds on a “longer term” time frame. 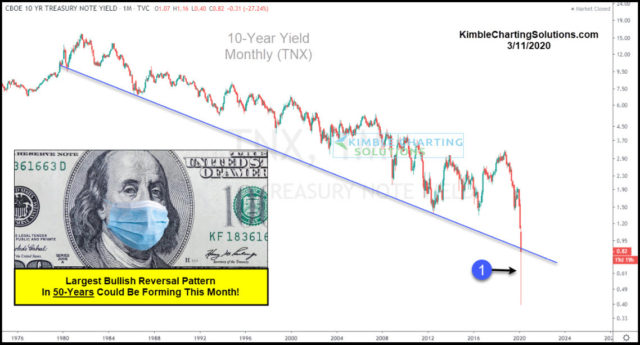 The Bond rally and yield declines have created great concerns in the stock markets around the world. Could a bond top/yield bottom be good for stocks? It could in the short-term!