Stock Market Bulls, Can You Handle The Truth From These Four Indicators? 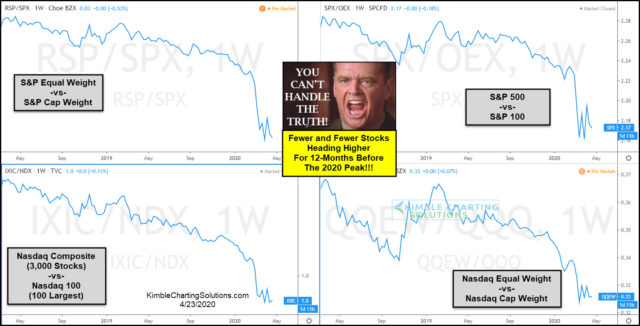 Was the decline in the first quarter of 2020 a “Black Swan” event? In my 40-years in the business, I don’t think I’ve ever heard the phrase, “this was a Black Swan event” so frequently used.

Was the virus and resulting quarantine a “Black Swan” event? Yes! Should the decline in stocks have been a surprise to stock bulls? I humbly don’t think so and it wasn’t to our members, as we have been sharing numerous bearish divergences with them since January of 2019.

What is the truth that the 4-pack above was telling? Fewer and fewer stocks had been holding up the markets for nearly 12-months, as each of these ratios peaked in January of 2019, not January of 2020! These falling ratios were sending a bearish divergence message to stocks for over a year!

Did something like this ever happen in the past, well ahead of a 50% decline in stocks? Yes!!! 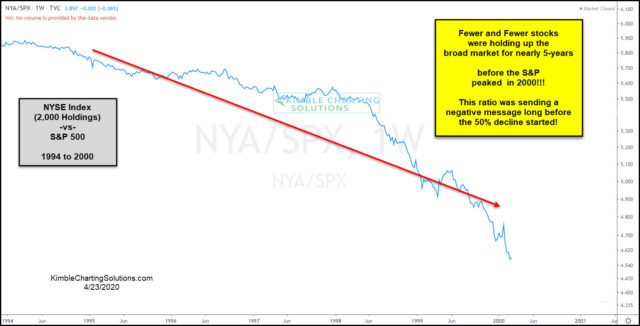 The NYSE/SPX ratio was sending a bearish message to the broad market, well ahead of the peak in 2000. The 4-pack above was sending the same message to stock bulls for nearly 12-months prior to the peak!

Is the rally of late suggesting the low is in place or is it nothing more than a counter-trend rally in a larger bear market? Watch these ratios going forward, as they often send the truth about the health of the broad markets!

Does recent market action look similar to bear markets of the past? We compare the four largest bear markets in the past 100-years in the video below! 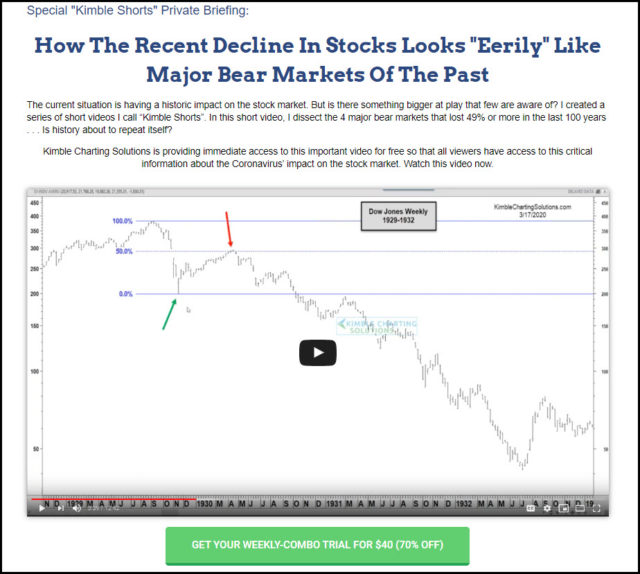