King Dollar Could Double Topping; Commodities Would Benefit If It Does! 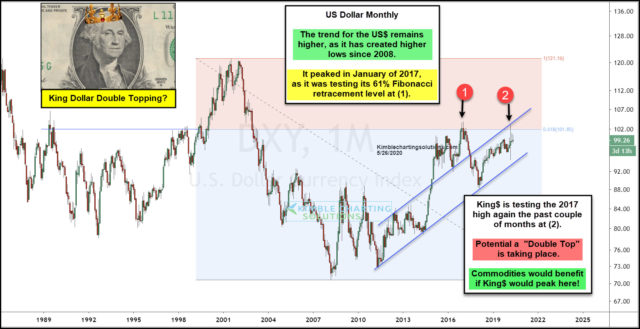 The U.S. Dollar has been a pillar of strength for the past 12-years, at it created higher lows starting in 2008, near the 70 level. Since these lows, it has rallied nearly 50%.

Is King$ double topping at (2)? Possible! What would it take to prove that the upside trend has changed? A break below the 93 level. If it does breakdown, hard-hit commodities would benefit!

What would it take to prove that a double top is not taking place for the US$? A solid breakout above the 102 level, that has been resistance numerous times for the past 30-years!