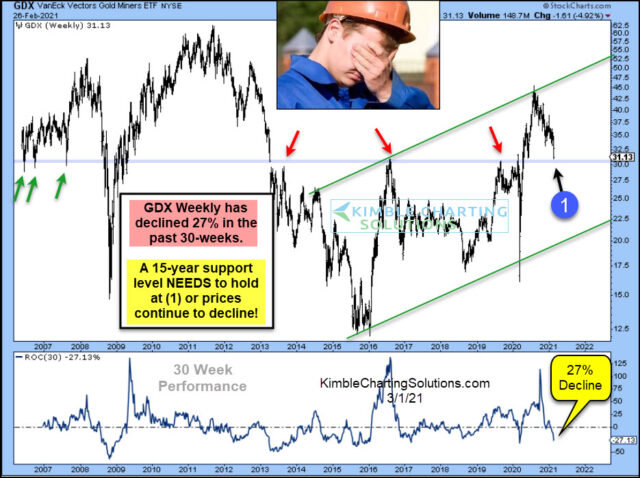 The past 8-months have been great for the broad markets, the same cannot be said for Gold Miners. Gold Miners ETF (GDX) has lost nearly a third of its value since peaking last August.

This decline has taken place inside a bullish rising channel, that started at the lows in 2015.

The 27% decline in the past 30-weeks has GDX testing a support/resistance line at the $30 level, that has been in play for the past 15-years.

It is critical for GDX to hold this support at (1).

If this support level does not hold, odds increase that GDX could end up testing its 5-year rising channel support near $22.