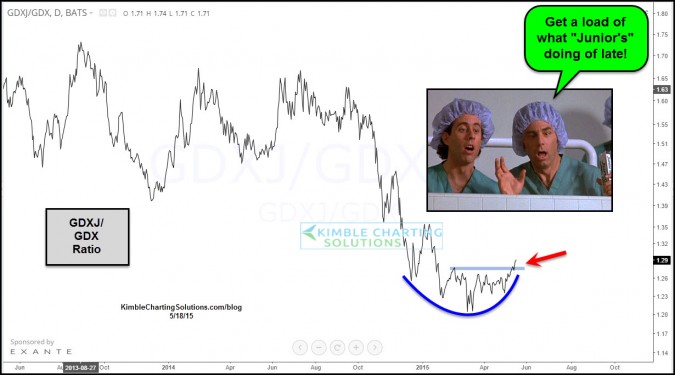 The chart above looks at the GDXJ/GDX ratio since 2013, reflecting that GDXJ has been much weaker than GDX, by a big percentage. This year the ratio may have created a rounded bottom and of late the ratio is “attempting” to push above resistance.

Historically, if one is to be long the miners, its usually a positive if this ratio is heading higher. Investors want this ratio to do much better than it has for the past few months, for miners to be in the “clear” and to be a buy and holder of these assets.

GDXJ remains inside of this two year falling channel. Of late it is pushing above falling resistance, which is a positive for this ETF. January highs at $28.89 looks to be the next key test for GDXJ as its pushing higher.