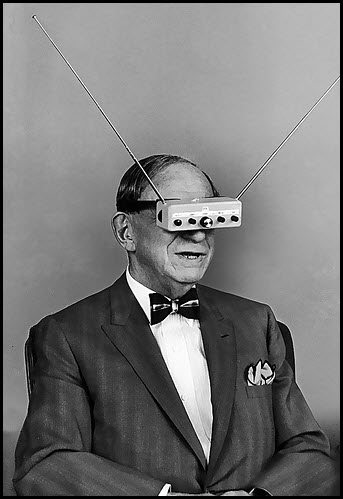 While much of the talk seems to be around Greece of late, investors might want to keep a close eye on what is taking place in Germany, London and France!

Below looks at the DAX index over the past 15-years

The DAX hit the Fibonacci 161% extension level, based upon the 2003 lows and 2007 highs and the strong rally so far has stopped on a dime. At (1) above, short-term support looks to be breaking.

Is this the only major market in Europe acting soft of late? Below takes a look at the London Exchange (FTSE 100) on a monthly basis. 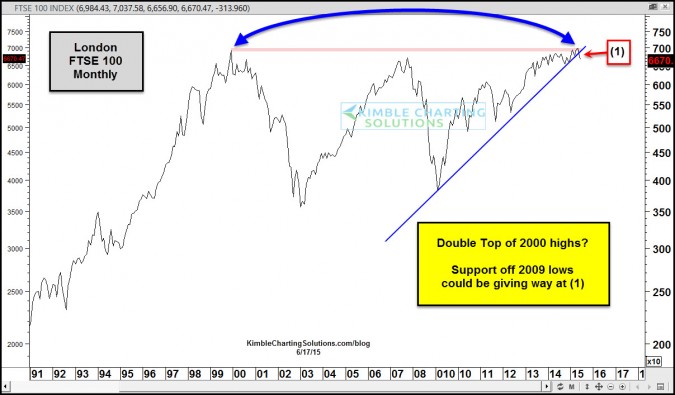 The rally off the 2009 lows took the FTSE back to its 2000 highs of late. Did it make a double top? Support off the 2009 lows is being tested at (1). If the FTSE ends the month of June where it is now, it will be a little below this support line.

Any other key markets in Europe acting weak of late? Below looks at France (CAC-40) since

Over the past 6-months, all three of this European markets have out performed the S&P 500, despite a strong U.S Dollar and weak Euro.

Even though so much of the talk of late is about the situation in Greece, what takes place going forward in these European markets could well have an important influence on the broad markets in the states!

Global Markets remain very important to us at Kimble Charting Solutions. If you would like to say abreast of patterns on a Global Basis, we would be honored to have you as a “Global Dashboards Member”  Click here or below for Dashboard details