Watch these rate patterns and tune out the Fed this afternoon! 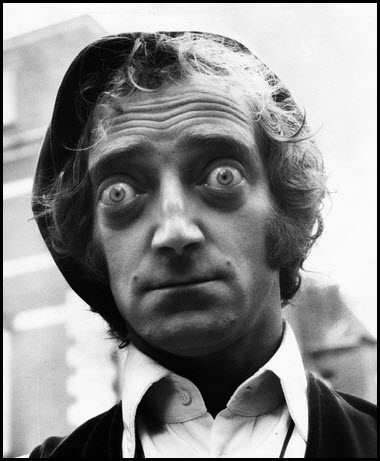 For some reason, many around the world might be watching interest rates a little closer today, due to the Fed announcement this afternoon. Regardless of what the Fed does this afternoon, how do you make decisions in regards to rates and bond prices. Should you base your decision on 10 words Janet says this afternoon or patterns created by billions of free thinking people over the past few decades? I suspect you know what I favor! 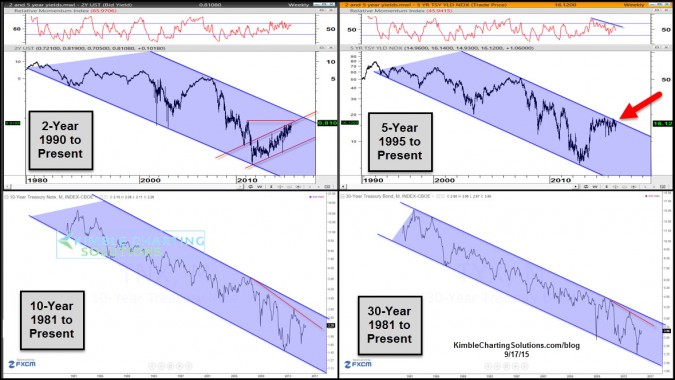 As one can see, from a long-term perspective, each of these remain inside of multi-decade falling channels. The closest to breaking out is the 5-year yield, as it has been near the top of its 20-year falling channel for the past year.

I have a question for you…Are these patterns more influenced by the Fed or billions of free thinking investors/traders?

Some would say that the Fed might have the most influence over the 2-year note and the longer the note/bond is the lower the influence by the Fed. Whether this is true or you agree with it or not, the bottom line is this, none of these long-term falling yield channels have been broken to the upside. The 10 & 30-year yields aren’t even that close to long-term falling resistance.

From a short-term perspective, I will be watching the price action of TLT today very closely, due to pattern situation in the chart below

Once TLT hit channel resistance in January of this year it stopped on a dime and started a steep fall.

As it was hitting resistance in January, I shared “10 Reasons Rates Are About To Rise/Bonds Fall In Price” See 10 reasons why here

Soon after sharing these reasons, TLT quickly lost 25% of its value, as bonds experienced one of the largest short-term declines in history. The decline then stopped as it hit rising support, that is again being tested today at (1) above.

I will admit I have a bias and that bias is…Don’t overlook the power of billions of free thinking people and investors when it comes to trends. Governments in the end have never been able to control the free markets and I doubt what the Fed does or doesn’t do this afternoon will change the fact that rates remain solidly in 20-year falling channels.

If you would like to stay abreast of the Power of the Pattern in the interest rate complex, I would be honored if you were a member of our Sectors/Commodities Extremes research reports, where we cover interest rates on an ongoing basis. Sign up details can be found HERE or by clicking below