Silver, could “Back Off” a good deal, if this breaks! 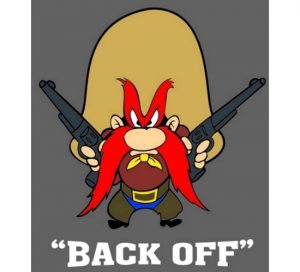 Below looks at the pattern of Silver on a monthly basis, back to the 1970’s. Since the 2011 high in Silver, it has created a series of lower highs and lower lows.

An important cluster is in play for Silver, where it has the potential to “Back Off” a good bit!

The rally that has taken place this year, due to lower highs and lower lows, has to be considered a counter trend rally, until falling resistance is taken out. Silver hit a cluster of resistance (4 lines) and its Fibonacci retracement level at (1). Since hitting this cluster, Silver has been soft of late.

Now Silver is testing a key support line at (2).

If Silver would break this support, it could attract sellers and the price could “Back Off” a good deal. What happens at this support test looks to be very important for the price of Silver and the metals space going forward.

If you would like to stay abreast of the Power of the Pattern in the metals space, would be be honored if you were a metals member.