Gold Bugs; poised to outperform S&P for years to come? 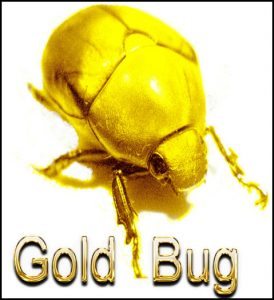 Let me make one thing clear at this time; the ratio has been moving up since the 2011 lows, which means that the S&P 500 has been stronger than Gold Bugs over the past 6-years.

Is it possible that the trend could be poised to reverse? Possible

The S&P/Gold Bugs ratio over the past couple of years, could be forming a reversal pattern (Head & Shoulders Topping Pattern), with the right shoulder potentially completed of late at (1).

The pattern is far from proven at this time. If the read would happen to be correct, it would suggest that the Gold Bugs index is poised to out perform the S&P 500 for a good period of time going forward. If the Power of the Pattern is accurate about this observation, it would mean owning mining stocks should be rewarding to your bottom line.