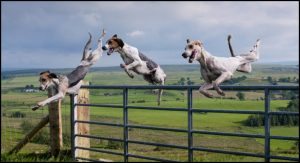 Silver is off to a great start in 2017, gaining nearly 16%. Could the gains become even larger? Yes if it can hurdle a key line in the sand discussed below.

Below looks at Silver ETF (SLV) and how it could be breaking above a “bullish flag” pattern. 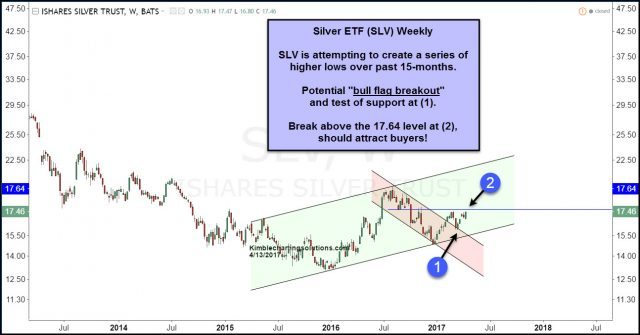 In 2011, Silver hit $50 an ounce and its been pretty much downhill ever since. Over the past 15-months, SLV is attempting to create a series of higher lows, inside of the green rising channel.

Inside of this rising channel, SLV has created a 9-month falling channel, which could be viewed as a bullish flag pattern. SLV broke above this bull flag recently and came back to test old resistance as new support at (1).

The next big resistance test for SLV comes into play around the $17.65 zone. If SLV can take out resistance at (2), it should attract buying pressure, from this long-term out of favor asset.

Full Disclosure- Premium and Metals members have been long in the metals space since 12/27/16.