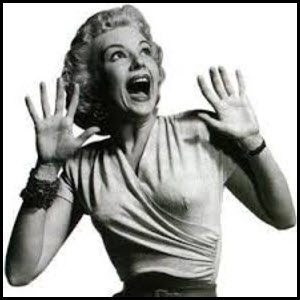 Three weeks ago yesterday, the Fear Index (VIX), was pushing sharply higher, on a very small decline in the S&P 500. When this happened, the Power of the Pattern was suggest to go against the crowd. Below looks at the VIX index over the past 10-years.

The rally in the VIX pushed it to the underside of falling resistance at (1) and a key Fibonacci retracement level (not shown). The Power of the Pattern was suggesting three weeks ago to short the VIX at (1), with a tight stop. 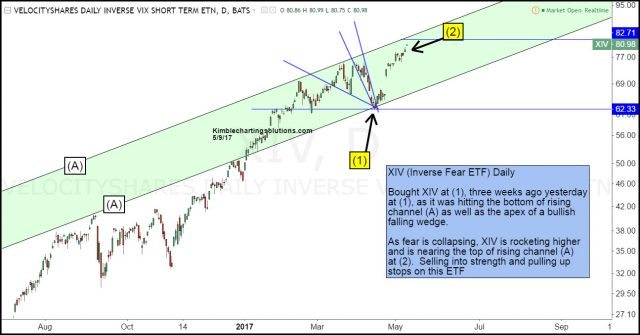 Since hitting a cluster of support at (1), XIV has blasted off. In a matter of 3-weeks, XIV which was testing rising channel (A) support, is now nearing the top of rising channel at (2).

XIV has made as much in the past 3-weeks, as the S&P 500 has since January 1 of 2016. Members are now selling into strength and raising stops, at the position is up over 25% in 15 business days.

If you would like to get Power of the Pattern charts and trade ideas on the fear trade, we would be honored if you were a Premium or Sectors member.