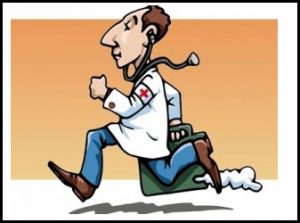 Ole Doc Copper hasn’t done too well over the past 6-years, as it has created a series lower highs since 2011. Over the past 18-months, Doc has been attempting to create a series of higher lows in the chart below. 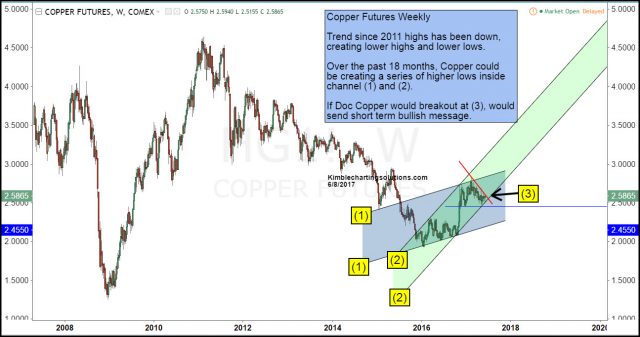 Copper appears to be creating these short-term higher lows inside of rising channel (1) and (2). Rising support channel (2) is being tested and short-term falling resistance is in play at (3), creating a short-term pennant pattern.

Below looks at Copper over the pat 30-years-

If you would like to have Power of the Pattern chart analysis sent to you each week, we would be honored if you were a Premium or Metals member.