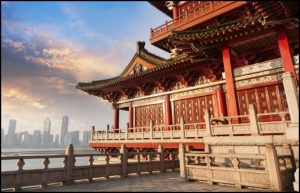 China ETF (FXI) in 2015 started falling hard. While it was doing so, it left a “large unfilled weekly gap” on the charts. Could that gap create an opportunity? Very Possible! 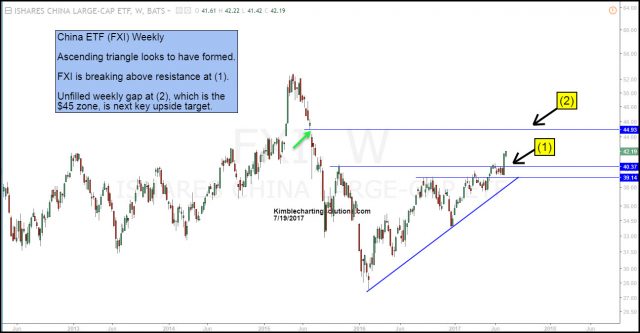 Over the past 9-months, FXI looks to have formed a bullish ascending triangle, where it looks to have broken out to the upside, then it came back to test old resistance, as new support. A continued rally now has it breaking above resistance at (1).

As mentioned earlier, FXI looks to have created a large unfilled weekly gap near the $45 zone at (2). If FXI can continue to attract buyers, it could continue to rally and fill the gap at (2), which is nearly 10% above current prices.

Full Disclosure- Premium and Sector members are long FXI due to the bullish ascending triangle pattern.