This mining stock much stronger than GDX! 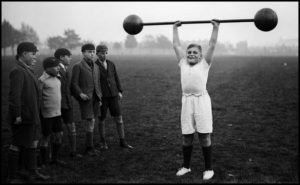 The past year has been rough for Gold Mining stocks, as Gold Miner ETF (GDX) has declined over 30%, in the chart below. Below compared GDX to Freeport Mcmoran (FCX) over the past year, reflecting a large difference in performance. 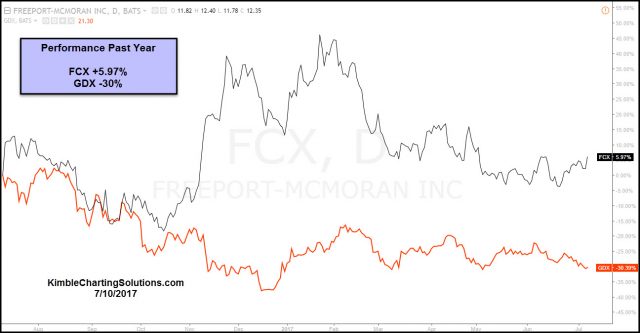 Over the past year, GDX has been a good asset to avoid from a buy and hold basis and our members have. The chart below looks at the FCX/GDX ratio over the past 5-years. 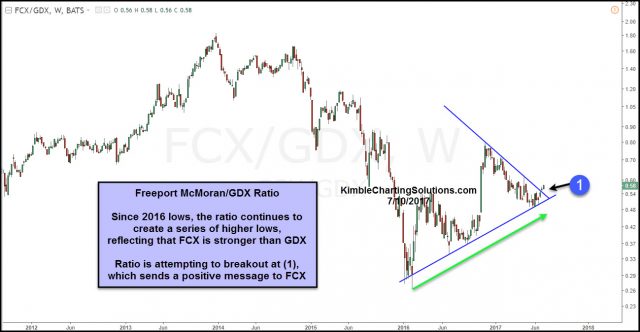 Since the start of 2016, the ratio has created a series of higher lows. Rising support was hit of late and turned higher again. The ratio is now attempting a breakout above falling resistance at (1). This move higher continues to reflect that FCX is acting stronger than Gold Miners (GDX).

The Power of the Pattern likes the idea of owning Gold and Copper miners when prices suggest to do so. At this time Premium and Metals members like the pattern FCX is presenting at this time and are long FCX.